We are excited to offer a new collection of T-shirts featuring a local favorite: Wheelie the Haunted Toy!

Wheelie, a small dog-like toy, was found in the walls of Yeo House, a 19th-century home located in an isolated corner of Western PEI. Yeo house is allegedly haunted, and Wheelie is often a participant in the paranormal activity that takes place there. The toy has become well known among staff for an unsettling habit - moving around the room after staff have locked the house for the night.

In the spring of 2020, the PEI Museum and Heritage Foundation entered Wheelie in the Yorkshire Museum's online Curator Battle for "creepiest object".  Wheelie quickly became a viral sensation and was featured on international news sites such as The Guardian (UK), the Smithsonian Magazine, the Washington Post, Forbes, CNN.com, and the Huffington Post. Wheelie even appeared on the popular BBC comedy news program Have I Got News For You.

Prince Edward Island has a long tradition of story-telling and folklore that remains strong today. Wheelie's spooky story in now part of that tradition! Take home your own piece of haunted-history with three different Wheelie style T-shirts! 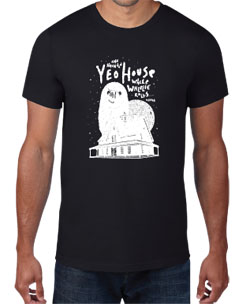 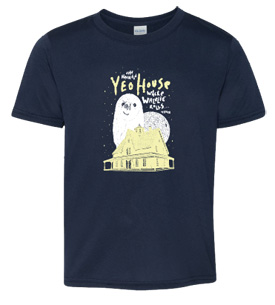 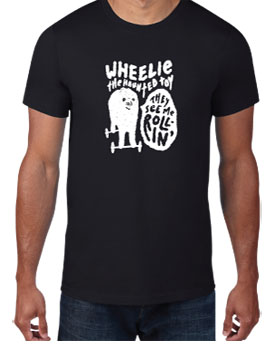 To purchase your Wheelie T-shirt, find our Shopify site here.