Perseverance, Persistence and Progress: Women’s Impact on Politics in PEI 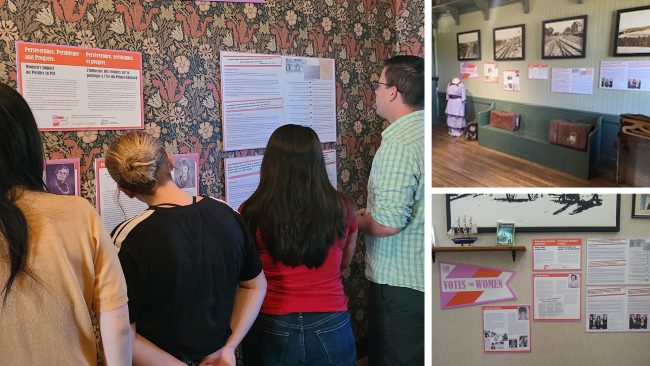 On display at all seven sites!

May 3, 2022, marked a century since some Island women obtained the right to vote in provincial elections. In recognition of this landmark event, a photo exhibition about women's suffrage in PEI is on display at the Charlottetown Library Learning Centre.

The 1922 decision did not award every Island woman the right to vote. Indigenous people - including Indigenous women- did not obtain the right to vote in federal and provincial elections until 1960 and 1963, respectively. The May 3, 1922 victory was just the first step of many down a path we’re still actively travelling. The exhibition features the experiences of Island women from all walks who have contributed to our political landscape. Some of the women featured in the exhibition include:

Unearthing the Past: Archeological Discoveries of Prince Edward Island

On display at the Acadian Museum of PEI

Unearthing the Past: Archeological Discoveries of Prince Edward Island is a multi-sensory exhibit that digs deep into over 300 years of Acadian and Mi'kmaq cultural history in PEI. The exhibition showcases artifacts uncovered at four Island dig sites, including Pointe-aux-Vieux, Havre-Saint-Pierre, Nikani-ika'taqank and Pitawikek.

Currently on display at the Acadian Museum of Prince Edward Island, the exhibition features artifacts like pieces of pottery, sewing needles, cooking tools, and remnants of shellfish and vegetation. 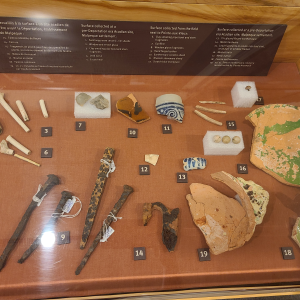 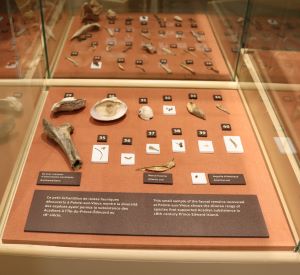 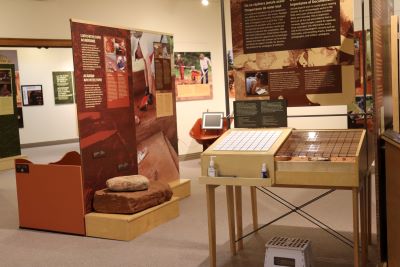 Have you ever wondered what dangers lurked behind all that Victorian splendor? Or have you heard the tale of a missing coffin carrying a famous actor? How about the gruesome history of the barber pole?

Join us, if you dare, for the Cabinet of Killer Curios exhibit at Eptek Arts & Culture Centre from October 8th to 31st. This Halloween-inspired exhibit is perfect for the history lover and the lovers of all things creepy and features the most chilling items from our collection.

Admission is by donation. Receive a free guided tour from our knowledgeable Eptek staff. Hours of operation are Tuesdays to Friday from 10 a.m. to 4 p.m. and Sundays from 12 p.m. to 4 p.m.